The Future of the Internet

Multiplayer real-time online games have now taken off in a huge way now that broadband reception plus video compression techniques have reached a maturing plateau. Entire conceptual universes sprinkled with strange and wonderful planets populated by alien life forms occupy tens of thousands of people every month as they battle to win tokens, weapons and supremacy of these surreal landscapes.

The Politics of the Internet

But the enthusiasm and capability to deliver such technology, now practicable, may be blunted by the politics of the Internet. The United States effectively controls the Internet through ICANN who administer the IP addresses and root name servers for domains. Requests for an international domain governing body made at a three-day UN World Summit on the Information Society in November 2005 in Tunis went unresolved save for an agreement to form an Internet Governance Forum. There is no doubt the United States is reluctant to relinquish control of such a powerful medium as the Internet and perhaps distrustful of the competency of a mixed international body to administrate it efficiently or securely.

The coming decade will no doubt usher in the next generation of both ultra high-speed communications and the software and digital media able to exploit it. But for some it is a chilling thought that the Internet will become the communications platform of the world. Why? Because even though it is becoming ever more speedy and reliable, it is also prone to attack. Not as envisaged in the Cold War years from nuclear missiles whose electromagnetic pulses would render the router controlling microchips dead but by attacks from within, attacks by hackers, criminals or terrorist groups intent on crippling it.

The Internet does have an innate redundancy but the very speed with which files may be transmitted means it can take just milliseconds for thousands of computers to be infected by a virus. Firewalls and sophisticated anti-proliferation contingency firmware in routers go only so far to preventing such attacks. 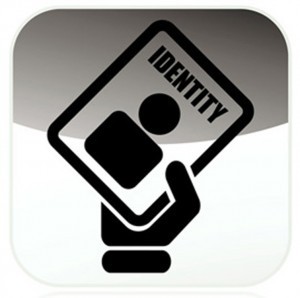 Perhaps the introduction of unique internet identities assigned to individuals would go some way to thwarting cyber criminals. Internet access would be granted once the user could be identified personally and all originating packet traffic for the session duration would hold their encrypted signature in much the same way as the TCP/IP envelope contains addressing information. Attempts to commit malicious acts might then be traced to the individual and not the originating computer, and act as a deterrent.

How contentious an issue internet identities is depends on an individual’s stance on civil liberties; how effective it is depends on the ingenuity of implementation, ease of use … and, as ever, human fallibility.